On February 26, through the Vatican Secretary of State, the Apostolic Letter was delivered to the Postulator General of the Salesian Family, Fr Pierluigi Cameroni. (more…)...

(ANS - Rome 9 January 2019) - On 8 January, with a solemn concelebration presided by the Rector Major, Fr Ángel Fernández Artime, in the Basilica of the Sacro Cuore in Rome,  (more…)...

(ANS - Rome, 7 January 2019) - The liturgical memorial of the Salesian blessed Fr Titus Zeman coincides this year with the 50th anniversary of his ascent to Heaven, which took place in his town of birth, Vajnory, Slo...

(ANS - Bratislava) - On Sunday 30 September, in the Church of Mary Help of Christians at the Salesian Provincial House in Bratislava, a diptych depicting St John Bosco and Salesian Blessed Fr Titus Zeman was inaugura...

In Vajnory, the birthplace of Blessed Titus Zeman, on the day of the first anniversary of his beatification, on September 30, the first statue dedicated to him in Slovakia was presented. (more…)...

Blessed Fr. Titus Zeman was born in Vajnory, Slovakia, on January 4, 1915. He suffered various illnesses from early childhood. After a sudden recovery at the age of 10, he promised Mary to “be her son forever” and to become a Salesian priest.

He became a novice in 1931, made his perpetual profession in 1938, and was ordained in 1940 in Turin. At the beginning of the Communist regime, after the deportation of religious (April 13-14, 1950), he looked for ways to help Salesian seminarians reach the priesthood. He organized expeditions to pass them through the Iron Curtain to Turin, but on his third venture (April 1951) he was caught.

Fr. Zeman had to face about 13 years of wrongful imprisonment and torture, experiencing hardship in prison and labor camps. He was forced to endure long periods of isolation and to work with radioactive uranium without any protection. In 1964 he was given five years on parole. He was allowed (by the Regime) to exercise the priestly ministry publicly only in 1968.

The witness of Fr. Zeman is the embodiment of the vocational call of Jesus and of a pastoral predilection for the young, especially for young Salesians, which became for him a true passion. He once said, “Even if I lost my life, I would not consider it wasted, knowing that at least one of those I had helped had become a priest in my place.”

The diocesan inquiry started in the Archdiocese of Bratislava 26 February 2010. On 27 February 2017 Pope Francis authorized the decree about the martyrdom of the Servant of God Titus Zeman.

Fr. Titus Zeman was beatified on 30 September 2017 in Bratislava. ¦ PHOTOS 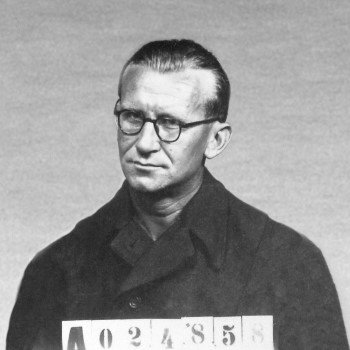