(ANS – Rome 9 January 2019) – On 8 January, with a solemn concelebration presided by the Rector Major, Fr Ángel Fernández Artime, in the Basilica of the Sacro Cuore in Rome,  the liturgical memorial of Salesian Blessed Titus Zeman was celebrated on the 50th anniversary of his death. In that same basilica, on 7 March 1938, the young Zeman had pronounced the vows of that perpetual profession that he would seal with his life given for the faith and for the salvation of vocations.

Over 100 concelebrant priests participated, as did many young people from the city’s formation houses and several members of the Salesian Family. To greet them all was the Postulator General of the Causes of the Saints of the Salesian Family, Fr Pierluigi Cameroni, recalling the value and the relevance of the testimony of Fr Zeman, also in light of the Synod dedicated to young people, faith and vocational discernment, and of the Strenna for 2019, which invites everyone to holiness. 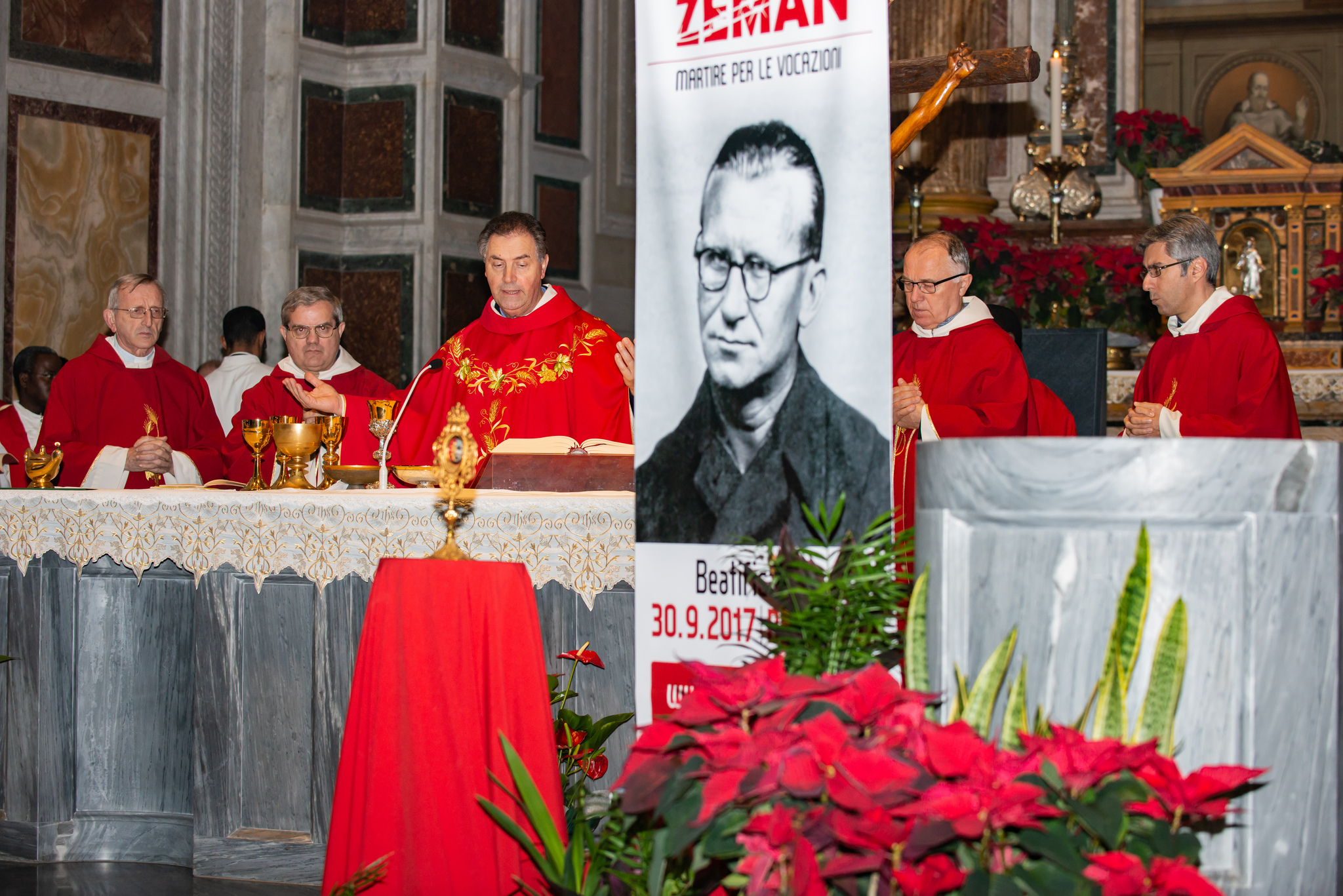 In his homily, the Rector Major took up sections of the greetings that the then Provincial of Slovakia, Fr Andrej Dermek, made during the funeral of Fr Zeman, words that resound prophetic: “Today in this place he rests silently, still, with the face turned to the departure, a fighter who has finished fighting, a priest who has served the Holy Mass his entire life. The existence of Father Titus is truly an anthem to the priesthood: it is possible to say that everything that was there between his first Mass and his funeral was full of priestly, religious and Salesian life! … A few dozen Salesian priests thank you for their priesthood. They are dispersed all over the world. And the tree must be extinguished so that the buds may bloom … And that tree was you, Titus … That on your tomb one does not write ‘Rest in peace’. Do not rest. In the name of the assembly of the Church we ask you: ‘Do not rest, help us!’ You are a priest: help the souls. You are son of Don Bosco: help the young souls and prepare the place for us and for them!”

In conclusion, the Rector Major renewed the hope that Blessed Titus Zeman become the model and patron of accompaniment of the young generations for the educative-pastoral communities and for the formation centers of the Congregation and of the Salesian Family.